When I last talked to my neighbors kid's, I was surprised to learn that they did not know what an audio cassette is. With the era of mix tapes behind us, the medium had faded to obscurity. Yet, one older music medium refuses to disappear into the void: the round and flat vinyl surface known as the record.

Record factories are operating at maximum capacity, pressing hundred of thousands of new vinyls everyday. Although records have always been the medium of choice of collectors, the general population is showing renewed interest. Retailers believe in this renewal, with retail giants like Amazon opening dedicated sections for them. But why would a media as old as Vinyl still be popular? Understanding requires a bit of sound theory. 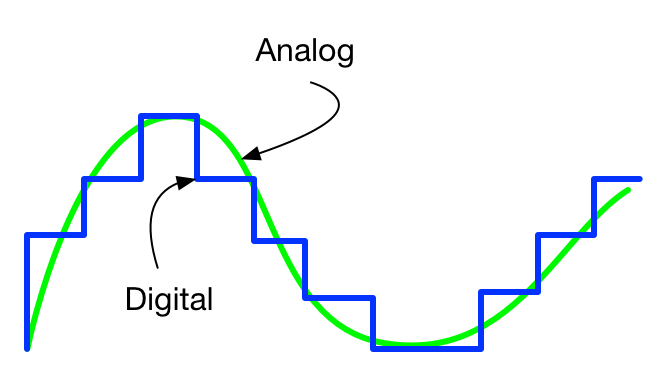 The precision of the conversion is akin to precision when measuring. For example, when measuring a table, one can use meters, decimetres, centimetres or millimetres. The smaller the unit, the better the precision. However, smaller units require more digits to represent the same value (1 m vs 1000 mm). When encoding an analog signal to digital, the more precise the encoding is, the more faithful the recording, but the larger the file.

A high quality digital conversion creates very large files, which can be unpractical to transmit and store. Luckily, the size of the file can be reduce by compressing it. An audio compression can either be lossless or lossy.

Compression can be illustrated by taking the sentence "The ball is red." and rewriting it to "TheBallIsRed.". By using capital letters to represent spaces, the number of character required to store the sentence is decreased by three. The sentence can easily be returned to it's original state (decompressed) by adding a space in front of capital letters. As no information is loss, this compression is considered lossless.

The sentence can be further compressed by removing vowels : "tHBlLsRd". In this case, the capital letter is used to indicate that a vowel was removed. Recreating the message requires the vowel to be guessed. This compression is considered lossy, and can create a significant loss of precision, but can also provide significant improvements.

Popular media formats like MP3 and MPEG are lossy compressions. However, Compact Disc are lossless: no quality is loss beyond the initial conversion to digital.

In the last decade, a trend has been noticed in the digital conversion of music. Dubbed the Loudness War, the audio level of digital recording has been continuously increased. Given that digital sound formats are designed to only store a limited amplitude of sound, critics argue that this increase clips out peak sounds and introduces distortion into the recording.

The image found above, taken from here on Wikipedia, illustrates how the Guitar Hero downloadable version (bottom) of Death Magnetic is far less enhanced than the CD release (top).

As mentioned, music is a signal created by vibration in the air. On a record, that signal is physically etched into the spiral grooves of the record. It is then read by a needle that will travel the grooves and measure the variations.

Given that signal has not been converted, compressed or amplified, it represents the most faithful presentation of the music as recorded by the artist.

Unfortunately, records are far from behind the perfect medium. Even though a record might store an incredible recording, the ability to play it back faithfully depends on the quality of your sound system. An entry level turntable will start at 300 USD, and anything below that entry level cost is not even worth buying.

Being a physical analog medium also has an incredible drawback. Given that the needle must touch the record to read it, the sound quality of the record will degrade over time. Although laser systems for reading a record exist, they a prohibitively expensive.

Finally, a typical record will only hold 3 or 4 songs per side. If you are planing to listen to a full album, be prepared to do some flipping and swapping every ten minutes or so.

Can I Heard the Difference?

Comparing a record to its CD counterpart, the experience can be best described as richer. The difference between a low note and a high note will be more pronounced. However, for many records, the difference is very mild. As such, I believe there are three goods reasons to favour vinyl over traditional digital music format:

Is there a Vinyl that you find is vastly better than its CD counterpart? Sound off in the comments below. If you are curious about audio and computers, you might be curious about stream setups. And you can get more Technodabbler articles directly in your email box as they are published by subscribing to our mailing list.

Genshin Impact is a role-playing game release in 2020 that has taken world by storm. This fall, miHoyo, the developer behind Genshin Impact, decided to thank their players with a concert on YouTube. The initiative is great, but calling it a concert might be a stretch.
Oct 17, 2022
4 min read
Nov
28 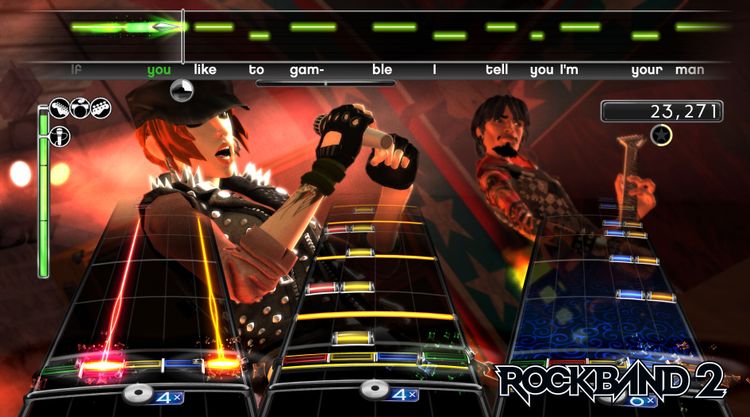