And now you're all Wet!

I had a chance to see Wet early in its development, when I visited A2M‘s office in Montreal. My first reaction was: “Hum, this is just like Stranglehold, but with a sword.” The moment I got to play the demo, I learned that I was very wrong.

I finished the game last week, and I still want to play. Only the lure of Halo 3: ODST has stopped me from going back to this sweet mistress. A2M got the formula right when they created Wet, it’s pure fun.

You play as the athletic Ruby Malone, mercenary. Arms with double guns and a sword, you score of against hundreds of bad guys. One of the big innovation in this game is the dual lock-on system. Your first gun automatically locks on to the nearest target, which you are free to aim with the second. Combined with a well-done slow-down system, this feature makes for some very innovative shooting. The sword is also a pleasure to use, perfect for close combat. 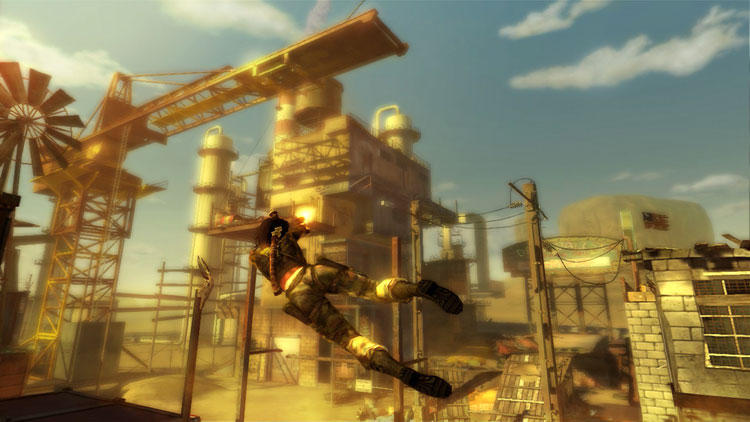 The graphics are very good, but then I find that the graphics in most games on the newer generation consoles are equivalent. Where this game shines is the music. A2M licensed music from various garage bands, making for a spectacular combination. One week latter and the music is still hanging around my head. I am very likely to buy the soundtrack if it is ever released.

The game is not without its weakness though. Sometimes, the game can be downright frustrating. Some of the special scenes of the game, like the airplane fall, are down-right hard. At other times, the acrobatics required are very demanding. At least it’s very satisfying when you do complete the jump. Finally, sometimes the camera goes a bit wonker, making it difficult to see where you are going. Combine problem 2 (acrobatics) and problem 3 (camera) and you can have some pretty infuriating gameplay. 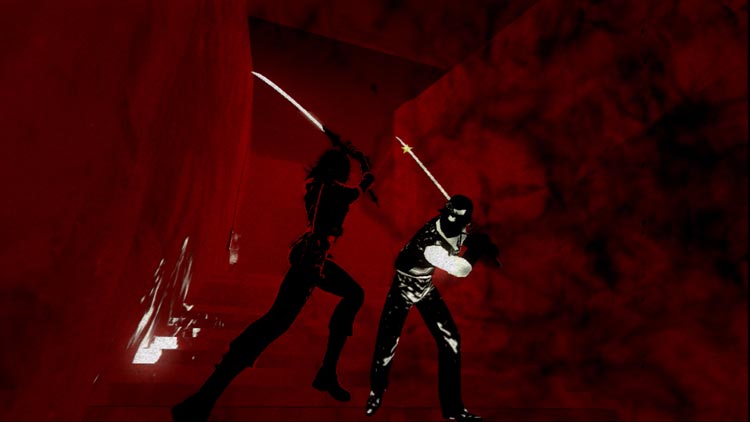 Now, I mentioned Stranglehold, and it’s very hard to not compare the two games. However, Wet is light-years further in terms of gameplay, graphics, music and fun. As for the story and the quality of the narrative, both games are kinda meh. On the other hand, Wet is way more polish.

I would say that this game isn’t for everyone. But with a demo available on both the Playstation Network (PSN) and Xbox Live, there is no reason to give this game a try. I loved the demo, and enjoyed the game even more.