Chroma Squad, a must for Sentai fans

In 1993, North America was introduced to the Super Sentai phenomena through the Power Ranger live action television series. The core concept of a Super Sentai show is that a taskfoce of heroes are given powers (and giants robots) to fight evil. In the case of Power Rangers, the heroes are most often teenagers with attitude. Twenty-one years latter, Power Rangers is still being produced and is a cultural icon in North American and international markets alike.

Chroma squad is a homage to Power Ranger and all the Super Sentai series in existence. The game starts out with five disgruntled actors leaving their part in an Sentai action series and start their own show. From there, players must carefully plan all aspects of their careers, from the contracts they sign to the props they buy. The story also branches based on player's decision, adding some interesting replay value. 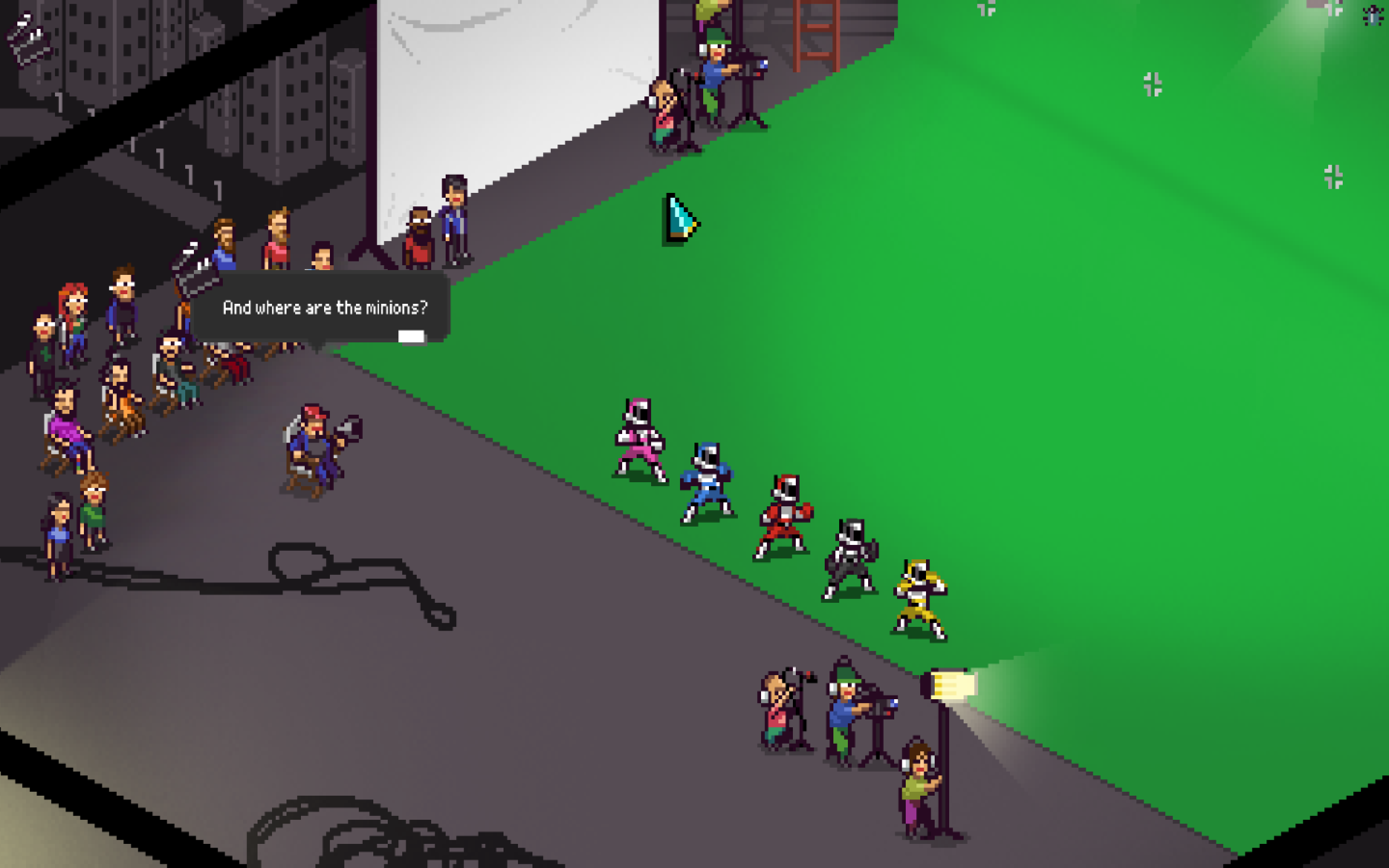 The game itself focuses on combat found in each episodes. The gameplay can be best described as a tactical RPG : characters are moved and fight over a 2D grid, can use special abilities and evolve over time. Improved equipment can either be purchased using profits from the show or crafted from drops found in combat. Characters will also level up, earning new powers.

One important thing to remember is that Chroma Squad tells the story of a TV show. Defeating enemies is not only about efficiency, but showmanship. Fights should be as flashy as possible, using as many special or combo attacks as available. In addition, boss characters should preferably be dispatched using united team final attacks. Players are then rewarded with more fans, which are an essential component to progressing in the game. 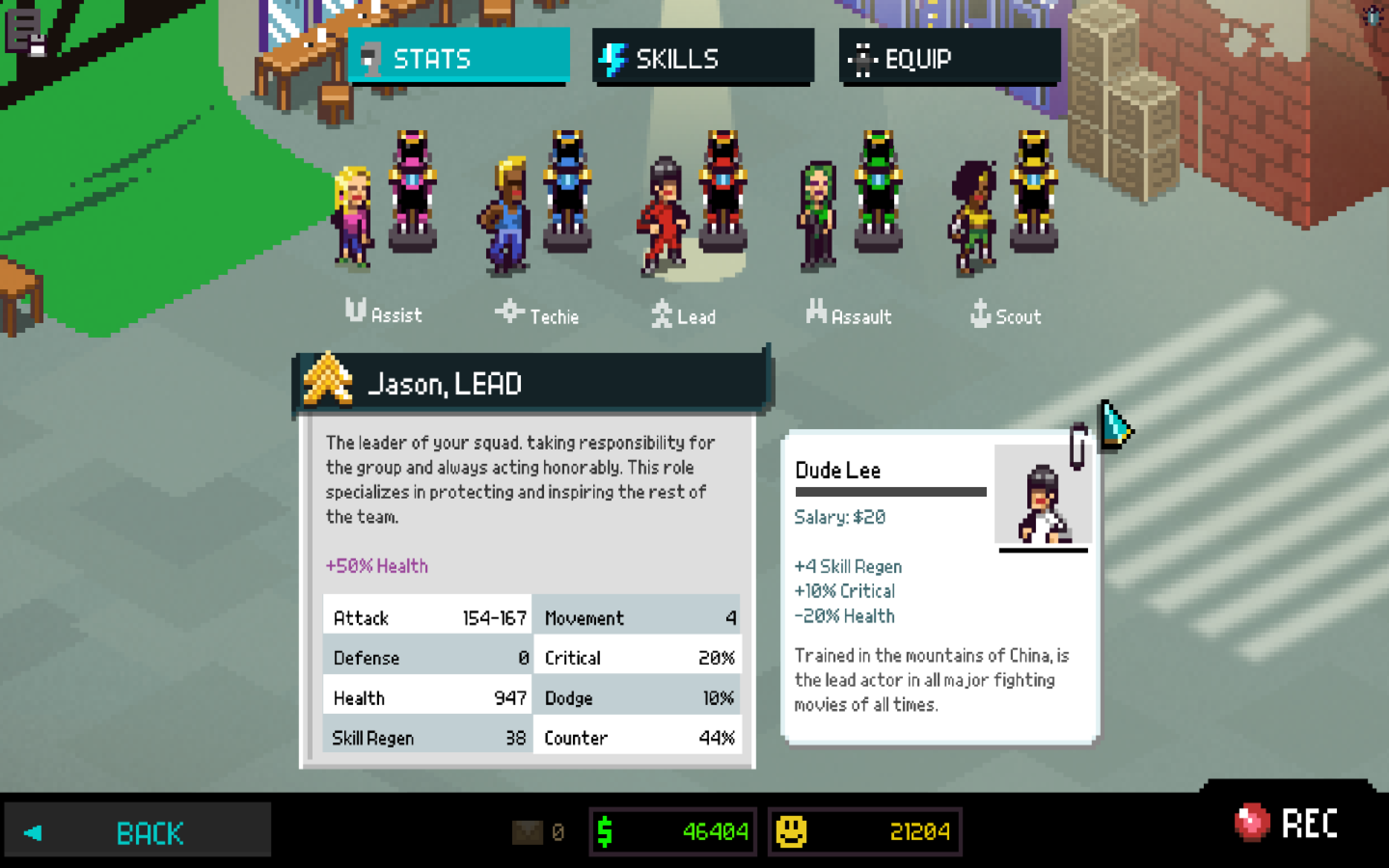 No Super Sentai game would be complete with giant robot (mecha) fights. The combat is rather simplistic and requires hitting the attack or defend button at the right time. A lot of the challenge is found before the fight, customizing your Mecha to a particular fighting style using random spare parts ( duct tape, carboard boxes, etc. ). Players successful in fighting off enemy Mecha will be rewarded with even more fans. 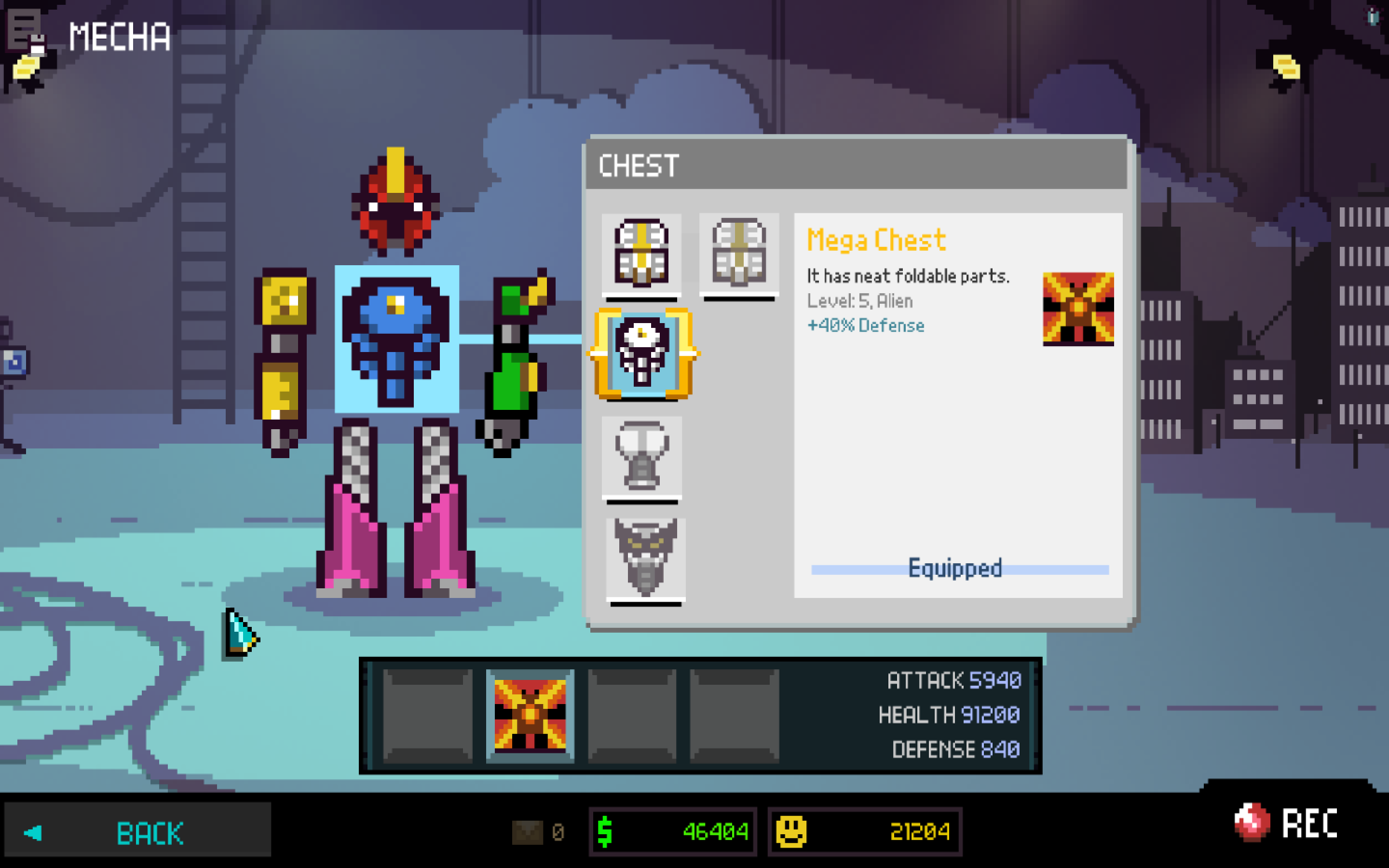 Chroma Squad is not a serious games. Where most games try to avoid cliches and TV tropes, this game thrives on them. This is not surprising given the game was created by Behold Studios, creators of Knights of Pen & Paper.

The game itself is genius : it really conveys the feeling of operating a Sentai studio. Like Knights of Pen & Paper, the game does suffer from some long moments and repetitiveness. However, I would not hesitate to recommend this game to anybody that enjoys a good tactical RPGs or likes Power Rangers. People who enjoy both will be very rewarded.