Last summer, returning from Taiwan, I purchased a 3G iPad. My reasoning was simple: as my PhD was near completion, I wanted to find a job as a network programmer. I’ve found that it is always easier to get hired if you can show something. Having done a lot of Objective-C programming, I decided to do 2 things:

The first part was accomplished when I released BlokPanic. I’m particularly proud of this achievement, even considering that only a few copies of the game sold. I understand that with hundreds of new games released each month on the App Store, success is highly related to your reputation as a developer, or the amount of marketing you can do. 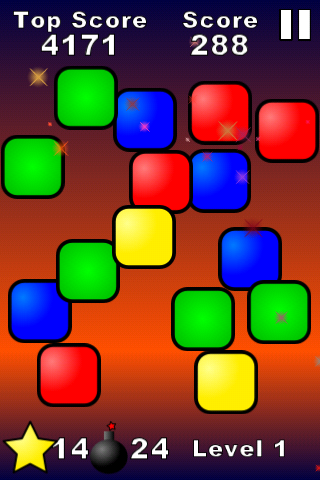 The second part was a prototype of multiplayer BlokPanic, that I never released to the AppStore. The prototype was mainly to demonstrate that understood the concept of latency and how it affects game development.

Armed with these 2 demos, I went to an IDGA round table on network programming. I received a job offer that night and another one a couple of days latter.

This is the number one lesson I have always given to my students: build yourself a portfolio. For game developers, it means building a game. If you can carry it around with you, even better. This is where a tablet device like an iPad really pays off.

The idea is being able to show off your talents, especially during first contact or the first interview. Be careful with this though: take it too far and you will appear arrogant. It’s a fine line to walk.

Now, you don’t absolutely need a tablet device to demo a project. I once presented a GameBoy Advance game I had designed on the hardware itself. I also recorded some YouTube videos of other project I’ve done. Most of my employers have given me positive feedback on my blog during the job interview (yes, employers do use Google to learn about you). However, human resources will not download and install games.

The iPad is the perfect platform for demonstration. If you’re serious about finding a job and being able to present demos on the spot, I highly recommend it or any other reliable tablet device.

MMOG from Old to New, and Still Addictive