This article was written by Typhaine Louargant and originally posted on the Ludia Blog on May 2021. It is reproduced with permission.

Alexandre Denault's journey is one of our great success stories at Ludia. In 10 years, he has seen the growth and transformation of our studio, experienced both good and rough times, and throughout all that has consistently created opportunities and pursued his evolution alongside that of Ludia's. He arrived as an intermediate programmer, through hard work, continuous learning, questioning, and deep analysis of his ecosystem and the needs, he reached the position of Senior Director of TechOps - our department in charge of a significant part of Ludia’s IT operations.

‘if you find the right company, you settle in well, you spot the right opportunities, there is potential to grow!’

10 years of evolution: make your own luck

The beginning of Alexandre Denault’s story with Ludia goes back to the early years of the studio. In 2011, Alexandre was then a young intermediate programmer and joined Ludia as a network programmer in the Coretech team. He moved pretty quickly on one of games’ team projects that required a network infrastructure, which he created hand in hand with one of his colleague (who is also still working at Ludia and has had a similarly great career evolution: Catherine Barbeau) The project was a real success, and with the team growing, Alexandre was fast to identify opportunities that could be interesting not only for him but for the studio. Year after year, he continues to grow, question, and gain the responsibility of new teams. It is in trusting his instinct that he made his choice to continue his journey with the Backend team in Coretech’s department seeing it as the most promising for his career according to his expertise and affinities. He learned very fast how to reinforce his knowledge of his ecosystem, the studio, the games’ teams, the creation and production process of our games, all the different trades existing at Ludia, and how they interact with each other. All this allowed him to make connections, identify and analyze relationships, dependencies, logical bonds existing between the departments, and the possible associations that could meet some needs leading to improving the functioning of the teams and studio as a whole.

That is how he gradually took charge of new teams, and let some go, making decisions according to the strong bonds that united them and the similar tools they were using, but focusing on ensuring efficiency and function for the entire group. Today, he is the head of the TechOps department, composed of the Infrastructure, Automation, Release Management, and IT teams.

What Alexandre insists on when talking about his amazing evolution is that he tried above all to understand his environment in order to offer well-adapted answers and solutions. All the opportunities occurring during his career did not come about by luck, he often generated them.

The most important thing for him is trying to understand the global equation.

First of all, understanding his team, how it works, what its missions are, how he fits into that team, what his role is. Then understand the level above and the overall ecosystem of the studio, not just how to create a game, but everything else that goes along with it. Alexandre is interested not only in his own specific areas of expertise and the development of our games, but also in different roles as marketing, finance, human resources, and game support. Not to say that he understands all the specificities of each profession, but he knows they have a role to play in the studio and what it is.

Thanks to that, he can spot the similarities, the teams that work a lot together and can identify the opportunities, what the right mix is, the line traced between some teams, the opportunities to group them under the same management, and his role in all of that.

To grow is not to succeed every time

Throughout his journey, Alexandre also went through more difficult times. To evolve is not to achieve everything on the first attempt, you sometimes have to make mistakes. To go forward, sometimes you have to fall along the way.

In his early days as a manager, he had to face obstacles. The first lesson for new managers is to understand they are no longer the best resource to manage every tasks. Managers need to learn how to surround themselves with the right people and to transfer some tasks for the benefit of all so that they could focus on other opportunities.

Direct managing people can be natural and instinctive, but managing and training other managers in turn, it’s a different story. How can you teach someone to be a good manager if you were not formally trained on managing people yourself?

His first experiences in this situation were difficult. For him, it was the first big wall he hit in his career: how to give the right training to his managers? The only solution he could think of at that time was for him to manage his entire team directly, 17 people.

That is the time when knowing how and when to step back takes all its meaning, as well as the importance of having an open and caring environment that allows you to do so. At Ludia he was offered the opportunity to take a step back and start again, managing a smaller team.

Evolving is also about understanding when something is not working, learning from your mistakes, identifying your weaknesses, and working on them, making them stronger, and coming back stronger and more competent afterward. So he started again, he attended an HEC training thanks to Ludia, which allowed him to better understand people and team management, and to be able to pass that knowledge on to others.

One notion that was difficult for him to grasp at first as a manager was that, for his teams to function efficiently, he needed to let them solve problems on their own, be more accountable and make important decisions. He felt a strong sense of responsibility towards the teams and ownership regarding the missions. He understood, however, that his role as a manager was while presenting needs and priorities and remaining daily support, to give them room to grow, take risks and take on more responsibility.

Today, he gives them that opportunity, increases their ownership, gives them responsibility for certain elements according to their level of seniority and expertise, gives them the power to invest themselves and have a tangible impact.

He tries to apply the first and greatest management lesson he learned from his father to his daily life: the most important resource is your employees. You have to provide them with everything they need to work and grow. An essential value for him is to recognize the importance of his employees and his responsibility to take good care of them. And if he feels good at Ludia, it's because he feels that this value is totally shared by the studio itself.

To grow is to create continuous opportunities

After 10 years at Ludia, Alexandre has had the opportunity to grow with and within the studio, to identify opportunities, to take risks, to get the chance to make mistakes, and to start again to reach his best. He is well aware that he could not have done all of this in any company.

Today - Senior Director of TechOps, which includes Infrastructure, Automation, release management, infrastructure, and IT - his ambition is to set up a self-sufficient structure, to help and develop the team. His goal is to develop the team as thoroughly as possible so that it does not "need" him to function on a daily basis. For him, this represents a well-established management structure for his team and his job.

Once everything is implemented and fully functional, it will then be up to him to see what his next opportunity will be, to identify the next challenge of his career.

An environment well adapted for the evolution

Having had many different experiences before joining Ludia, he knows that it takes an environment that is open to change, that accepts that its employees take risks, and gives them the chance to step back when necessary so that they can have the chance to learn from their mistakes and do better afterward.

For him, Ludia is a special environment that allowed him to take those risks. He has been allowed to have ideas, express them, share them, and put them into practice, not just "do his job".

What's special about Ludia and what makes him want to stay here is this open culture, this structure that appreciates initiatives is ready to listen to its people and believes in allowing them to take risks in order to innovate and improve. Even if this aspect is usually lost when a company reaches a certain level after rapid growth, Alexandre sincerely believes that this is deeply rooted in Ludia's DNA and will not disappear. The studio directors wanted to do something different with Ludia, he can feel it. For him, Ludia understood something that others did not understand and integrated.

If we were to keep in mind only a few words?

From his experience he would like us to keep in mind that: if you find a company if you settle down well, you find the right opportunities, there is a potential to grow!

There is nothing more frustrating for him than seeing a person in a good position to create something great not using their potential or think there is no opportunity. Opportunities are to be created, they are to be provoked! According to Alexandre, jumping from one job to another is potentially missing the opportunity to benefit from important learnings and ways to grow, it is somehow running away from essential knowledge.

His pieces of advice to grow and create opportunities: 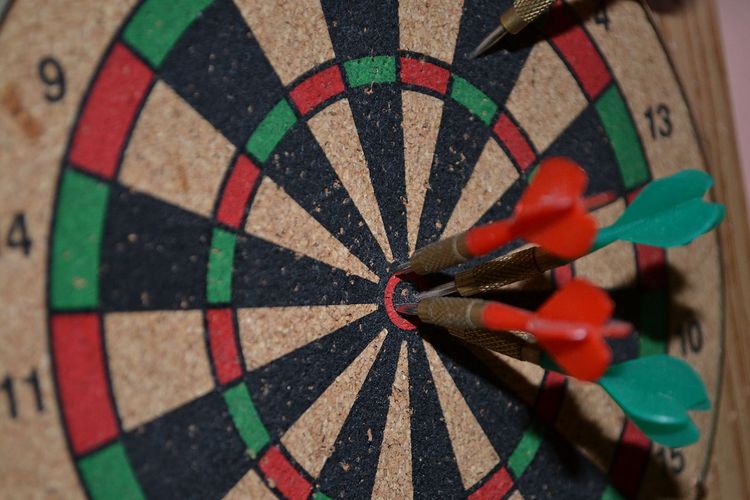 The Value of a Graduate Degree in Industry

Why talk about graduate degrees in a technology blog? A few weeks ago, while at a recruting event for graduate
May 1, 2014
2 min read
Jul
17 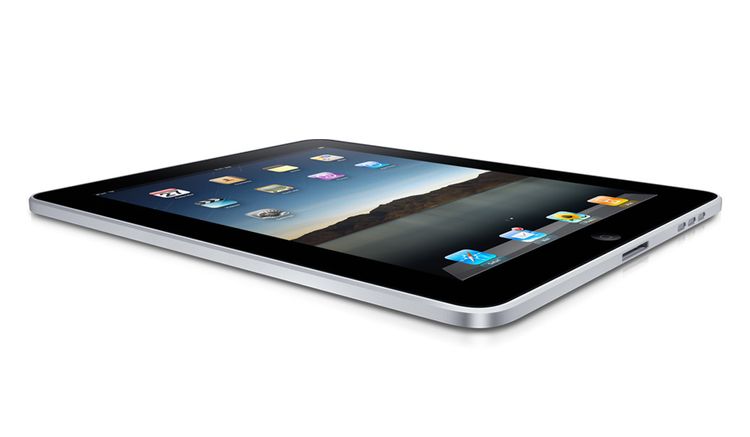 Last summer, returning from Taiwan, I purchased a 3G iPad. My reasoning was simple: as my PhD was near completion,
Jul 17, 2011
2 min read
Sep
21 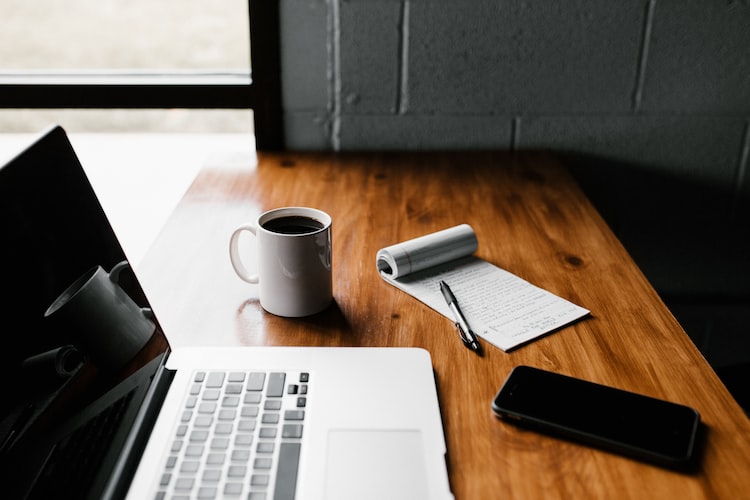 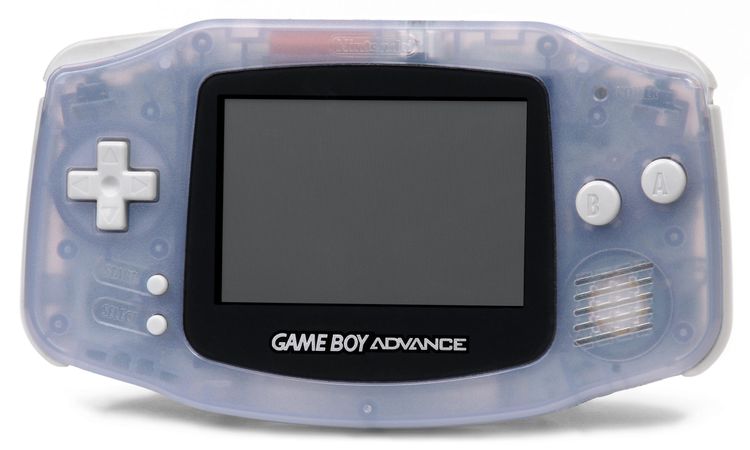 Students sometime ask me what is the best way to get into the game development business? Well, if you want
Jul 24, 2009
1 min read
Dec
04 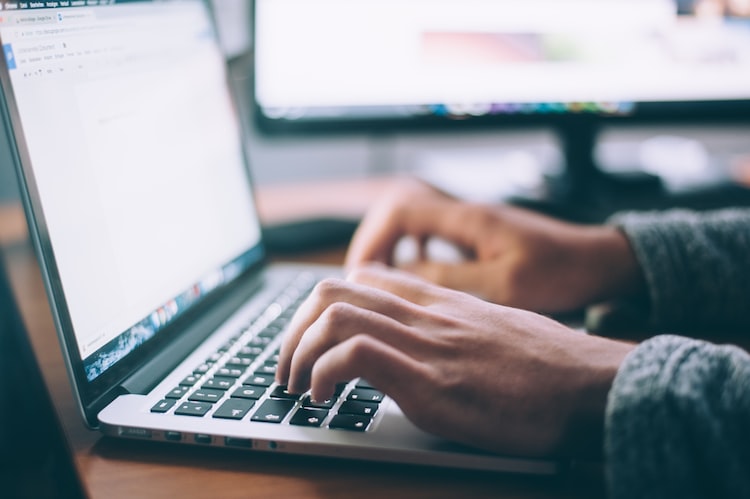 Browsing today, I came across the following job posting. Startup looking for highly qualified students that are interested in an
Dec 4, 2008
2 min read