Streaming, at least for computers, is the continuous delivery of media from a provider: only the content you need is transmitted. Although streaming is mostly associated with music and movies, streaming technologies for video games have been gaining popularity. In essence, you play a game on a device, but the game itself is located on another device.

Streaming has been an integral components of Steam's Big Picture mode, which aims to bring gaming to the living room. The idea is simple : attach cheap and simple hardware to the living room TV while streaming the actual game from a gamer's much more powerful PC. In my home setup, the same technology allows me to play games on my iMac that are normally only available on Windows.

In late October, Valve released the Steam Link, a simple device that connects to the TV to provide game streaming from any computer on the same local network. Combined with the Steam controller, gamers should be able to play any game from their living room couch. As always, the reality is a bit more complicated. 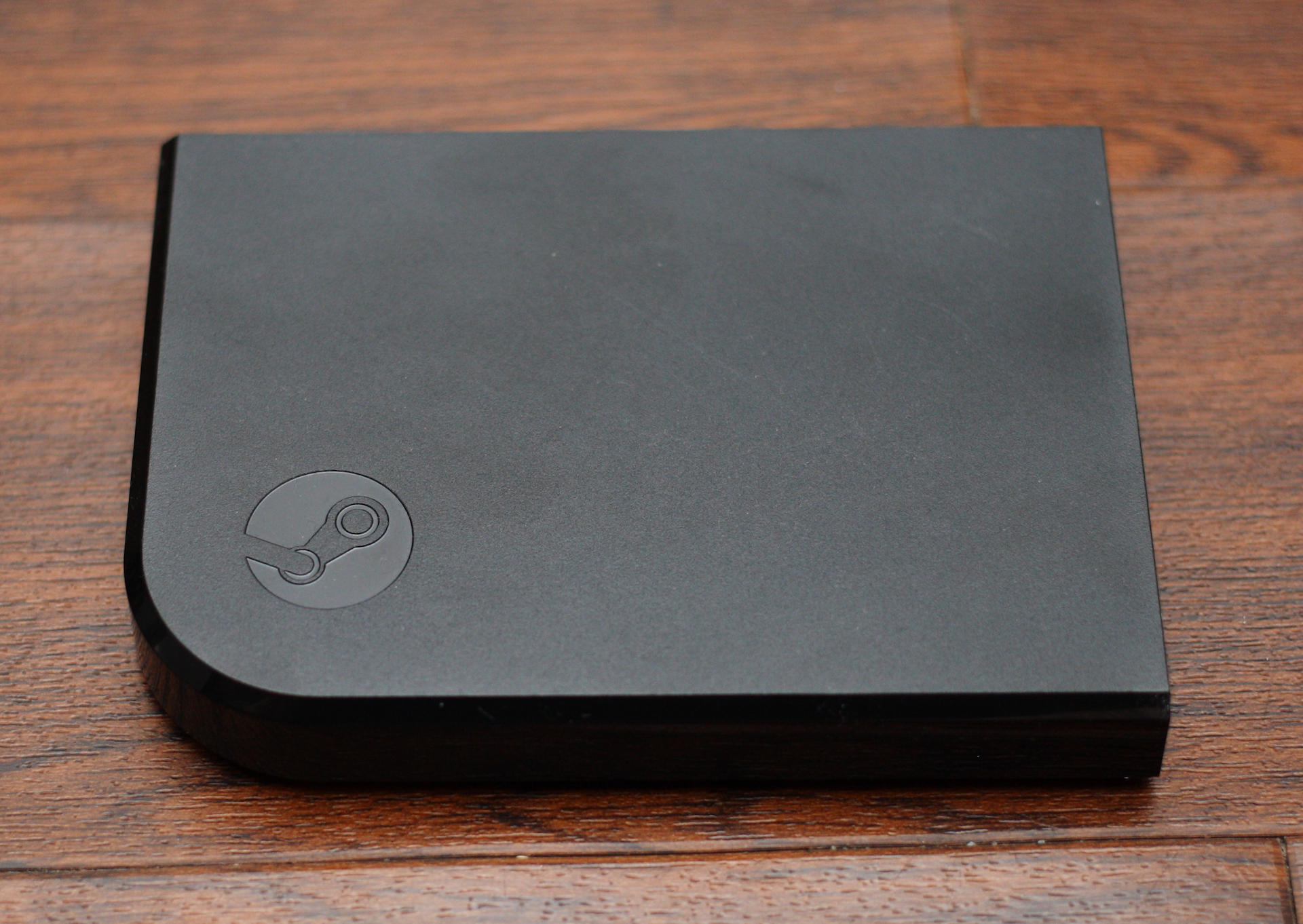 Fundamentally, the Steam Link has one purpose : to stream Steam games to the living room. It achieves this purpose surprisingly well, even when connected to a wireless network. The experience is so transparent that you might forget the game is running remotely. However, the device is encumbered with several tiny usability issues that detract from the overall experience. 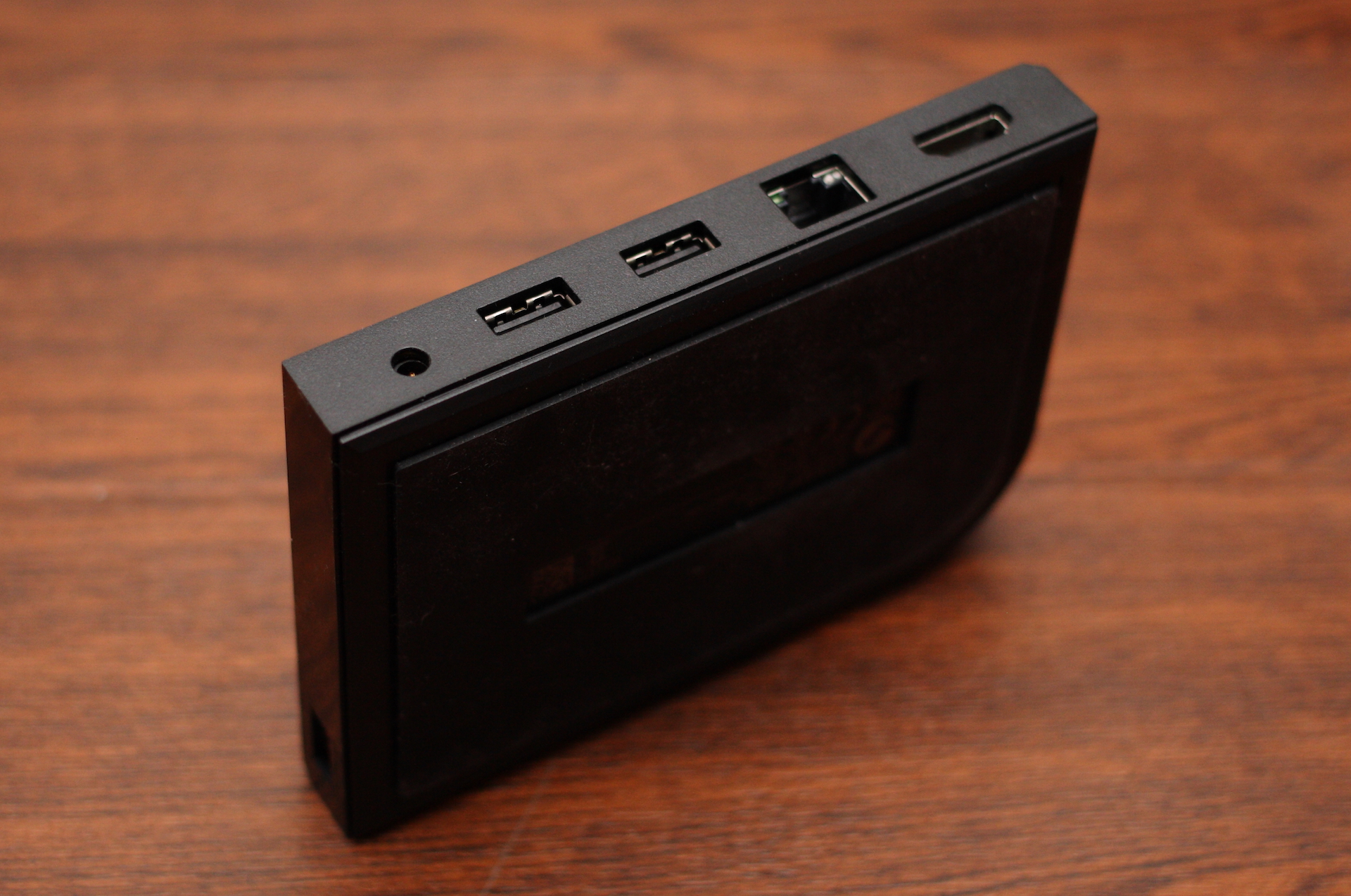 One such issue is the partial Wireless Xbox 360 controllers support, even though it is listed as an officially supported devices. Our first experience with the Steam Link was challenging, as our official Microsoft USB adapter would not be detected my the Steam Link. Luckily, our two Chinese "replicas" were properly detected by the Steam Link. To our great surprise, the d-pad did not work. A short visit on the support forum revealed this to be a common problem. Even more problematic is the fact that the controller cannot start the console.

Which brings us to another of the console's oddity: no power button. As such, the only way to turn on the console is with a Steam controller. HDMI negotiation with the test Toshiba LCD TV was also problematic : on first connection, the screen is always tinted pink. The only way to solve this is to unplug and replug the HDMI cable.

Overall, the Steam Link is a great streaming box. However, the firmware requires a bit of iteration to offer a solid experience. 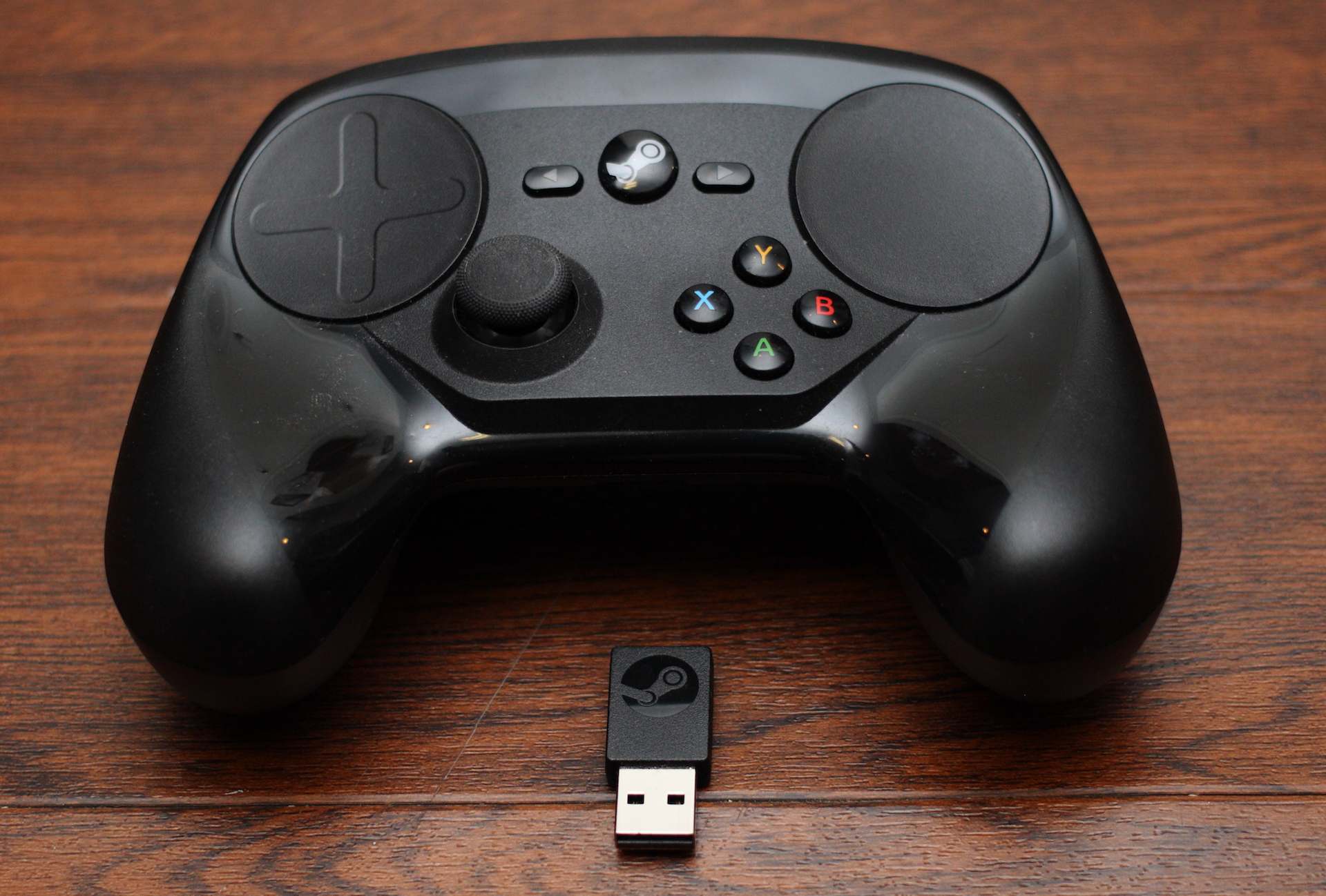 The Steam Controller is pretty innovative, differencing itself from other controllers by replacing the d-pad and a control stick by two haptic pads. The pads vibrate as the player moves his finger along them, providing feedback and warning when fingers are nearing the edges of the pad. The design is ingenious, but precision is limited by the size of the pad themselves. The controller also adds two buttons to the back, for a total of six left/right back/shoulder buttons. Combined with powerful customization software, it's easy to map different control schemes on this controller.

The fundamental goal of the Steam Controller enable a player to use a controller in games designed to be played with a keyboard and/or mouse. The mouse experience with the controller is adequate, with the cursor controlled using one of the haptic pad and shoulder buttons for mouse clicks. The keyboard is emulated either by mapping keys on different components of the controller, or using a split on-screen keyboard. However, because of the lack of a d-pad or two analog sticks, the Steam Controller is ill suited for games explicitly designed for today's modern controller.

Chroma Squad, a must for Sentai fans