Game controllers for mobile devices are a strange compromise : they offer superior controls in games while severely impacting the “mobility” aspect of mobile devices. Regardless, some games just cannot be played on a touch screen. If you are using an Apple device, you’ll need an mFi controller. Those shopping around for a game controller should take a look at the Steel Series Stratus XL, which offers a solid game experience.

Apple products are usually an ecosystem of devices designed to easily interact with each other. With 3rd party hardware, Apple has a well deserved reputation of creating their own technical standards. This allows them to control the quality of devices in their ecosystem and ensure maximum interoperability.

For game controllers, the mFi ensures your controller will be compatible with Mac computers, iPads, iPhones, iPods and fourth generation Apple TV. Although this level of compatibility is practical, it also means you’ll need to buy a new controller, as no existing Android or console controller is mFi compatible.

How does it play?

The boomerang shape of game controllers is a well-established aesthetics that has been adopted by most major controller designers : Playstation, Microsoft, Logitech, MadCatz, etc. The Stratus does not deviate from this, bearing a striking similarity to an Xbox controller. However, the controller plays more like an Playstation controller as the twin sticks are both located towards the bottom of the controller. The D-pad feels relatively cheap, but the XYAB and shoulder buttons feel very responsive.

Trying the Stratus XL with several games was a positive experience. Pairing the device with any Apple product was easy, and mFi compatible games supported the controller without any problems. However, on MacOs X, we did notice some issues with games that have not been updated to support the mFi standard. 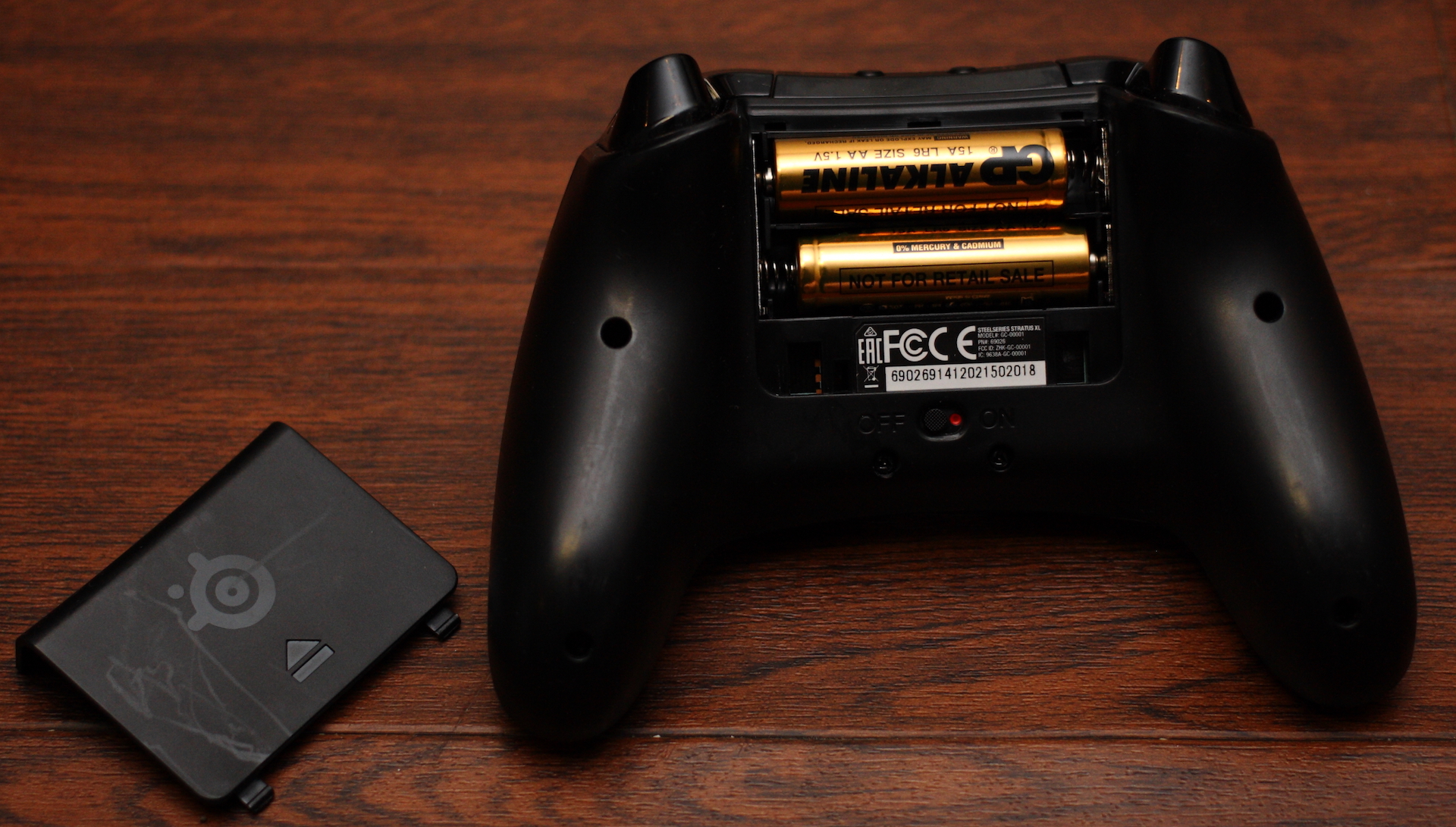 Surprisingly, the use of AA batteries across the back of the device does not weight it down or tilt it backwards. The Stratus is made with a strong plastic which gives it a comfortable feel. Unfortunately, that plastic scratches easily, which is problematic in a world where game controllers are often abused by their owners.

An Improvement in Every Way

Note: The best resource of mFi controller and games is Afterpad. If you are interested in mFi controllers or games, I definitely recommend it.