The RPG Encyclopedia was my first large project, a labor of love for three years. The site had a good following in its latter years, presenting an idea that would latter be improved by giants …

Sabin : When Sabin’s and Edgar’s dad died, he left the kingdom the his son. They decided that a coin toss would decide you would stay and be king. He won and left to train with his master Duncan in the martial arts. His special powers are Blitz, when the proper combination is entered, he’ll do a special move. If you like Street Fighter II, you’ll love Sabin. The combination for his Aurabolt is the same as Ruy’s Fireball. If you can do Zangief’s Spinning Pile Driver, you’ll be able to exectute The super Powerful Bum Rush. He’s also a great fighter. He can “claw” his wait out of any situation. I like to use him as a wizard, equiped with a gem box, he can do a lot of damage.

Cecil : Born in the light and in the shadows, Cecil is a two-sided coin. One half of him is his dark knight side, which he rejects, the other side of him is the “light” side which gives him the power of the paladin. He’s the strongest “fight” character in the game and has a good variety of white magic spells (even if the spells are a little useless late in the game). He can also cover an ally near death.

Ok, the writing wasn’t that impressive, but give me a chance, this was my first time doing this. Its not like english is my native language here … 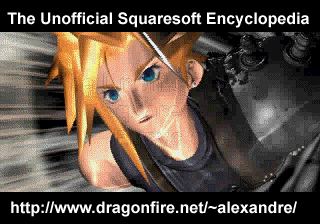 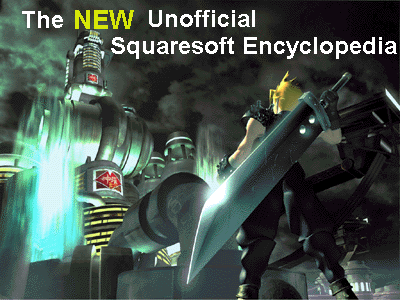 The site had grown a lot over the last year, but it needed some change. Dragonfire.net was having some problems and although I didn’t mind the hosting increase, the site needed something more. Towards the end of 2007, I received an offer that I could no resist, a chance to be hosted by ClassicGaming.com.

Now, this is 10 years ago, so you might not know or remember that ClassicGaming.com was run by the same people as PlanetQuake. Those same people eventually became the Gamespy people. Big things. Of course, the site needed a complete overhaul. The scope of the site was expanded to include all RPGs, thus the RPG Encyclopedia was borned. Different sections were added to the site including reviews, quizzes and videos (I had recently acquired a video capture card). I created contacts with several game companies and started to receive demos. Contributors started joining the site, writing reviews and encyclopedia entries. Even my brother helped out a bit. The site was on a roll. 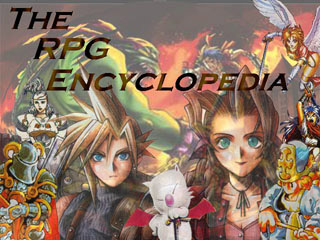 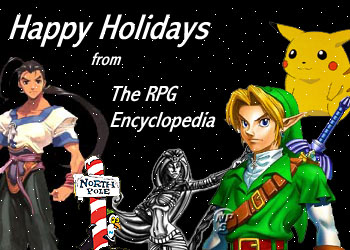 Two years latter and over 100’000 hits (that was a lot back then), the encyclopedia had grown a lot. Maybe even too much. With over 1750 html pages (MediaWiki or PHP didn’t exist back then) and multiple editors, running the website required a lot of my time. So much, that on March 29th, 1999, I posted the following message:

The RPG Encyclopedia has had a many adventures over the last two years. As some of you may remember, the original site was called the Unofficial Squaresoft Database and was located on www.dragonfire.net. On November 11th 1996, I published my first website, not knowing that it would grow to become this. Back then, the Internet was just a fad and I never though it would become so popular. But here we are, located on Classicgaming, one of the most popular gaming site in the world. I have to admit that the past two years have been great. But, it is time for me to move on to new things.

And I did move on to new things. I started university that year, and latter got a part time job. However, the idea to start a new website never left me …

As I closed the RPG Encyclopedia, I received another incredible offer, a chance to work for Gamespy, writing for the newly created RPGPlanet.com. One specialty I had developed for the RPG Encyclopedia were interactive quizzes, so fans could test out their RPG knowledge. I worked on over 15 quizzes, in addition to a couple of reviews and a editorial I just found in my archived entitled : Sequels, The revenge.

Have you ever notice how sequels are popular? You have series with seven or eight sequels, sometimes, not even from the same publisher. These days, if a game is good (or it makes a lot of money), you can be sure there will be a sequel. Why do the fans always want more? Does a sequel mean the continuation of a story, a new beginning for our favorite characters, or a completely new story? What’s so special about the name a game carries? Let’s look at gaming throughout the ages to find a pattern …

Looks like I was ahead of the times. I never did get to finish the followup : Time Travel Paradox, why RPG developers should stay away from them.

I didn’t stay long at RPGPlanet, mostly because of creative differences. I was a console specialist, and the site was moving more towards PC RPGs.

Note: Wow, Dracos and Kyote still works at RPGPlanet. I worked with them 8 years ago …

Around 2002, I started playing around with the idea of a new RPG site. I had always been a fan of the classics, and I found that most of the popular sites I would visit had closed. Alas, this project would never see the light, as the Bachelor was taking more and more of my time. I did find this piece of concept art.

I still like the idea of running an RPG-related site. However, these days, I barely have time to play the RPG games I buy, let alone run a site about them. I leave this job to the younger generation. Although they have there work cut out for them, they have a lot better web tools than I had 10 years ago