The Skylanders have returned!

One controversial game that hit store in fall 2011 was Skylanders. The best description I saw at that time was “Pokémon where you need to buy them all“. This fall, with the release of Skylander Giants, this still holds true. However, it turns out that is not a bad thing.

The first Skylanders game, Spyro’s Adventure is a 3D platform game, not unlike previous Spyro games. It is available for most platforms including Xbox 360, Ps3, Wii, 3DS, PC. It should be noted that the 3DS games is very different from the console and PC versions.

Players control the Skylanders, warriors of various elemental powers tasked with protecting Skyland. The evil Kaos, bent on Skyland domination, cast a spell to transform Skylanders into plastic figures and banishing them to the planet of Earth. If you don’t know where I am going with this, then you haven’t been in a Toys’R'Us in a while.

Players collect these figurines, which are about 3″ in height and sturdy construction. When a player places a Skylander on the Portal, it appears in the game. The figurine itself stores the characteristics of the character, including any level acquired and powers unlocked. This means you can bring you characters to your friends house and play with it, keeping your level and any powers you’ve previously unlocked. 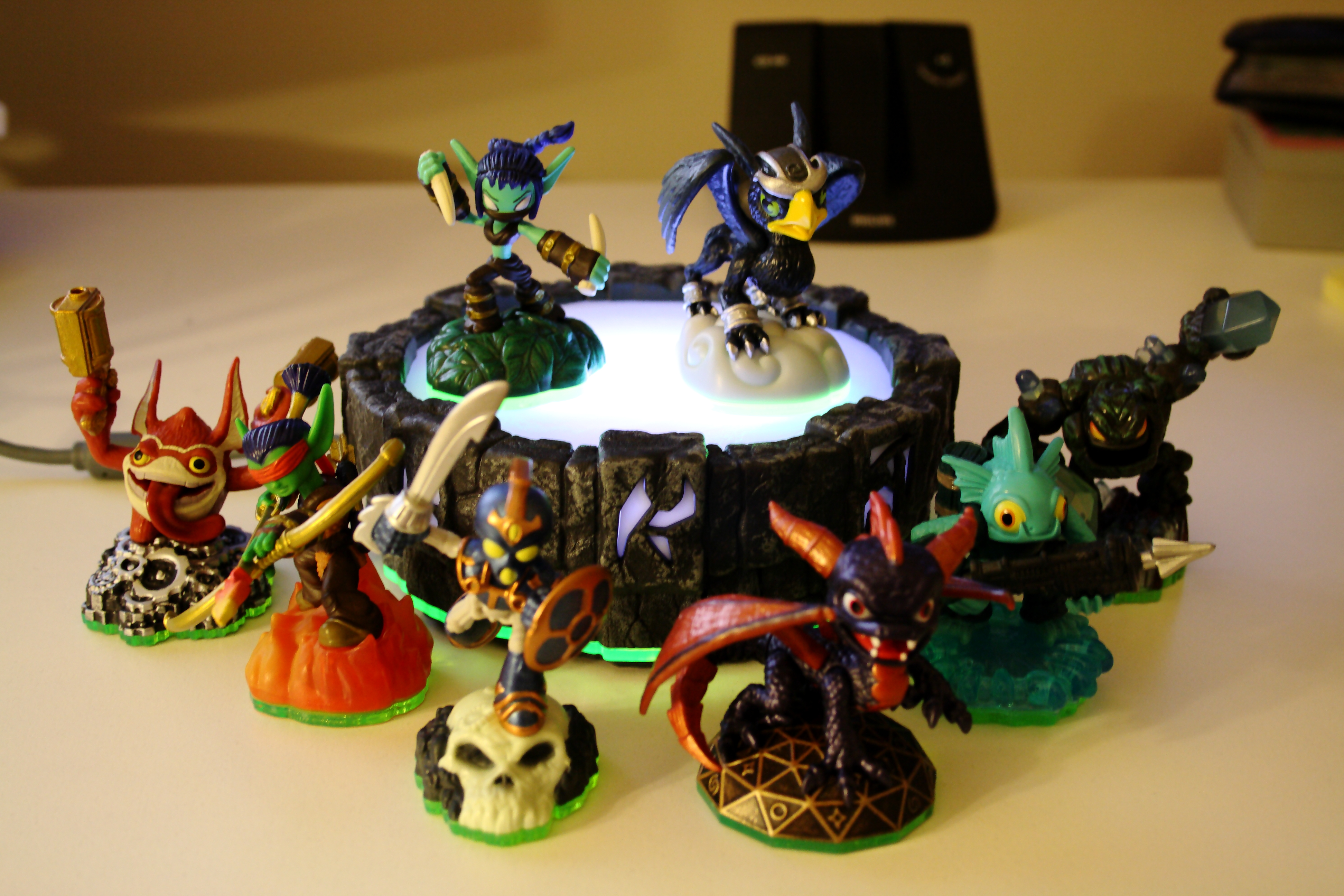 Why so many figurines, you might ask? You can play the whole game with only the three figures included in the starter pack. However, some areas of the game is locked to a specific element: you can’t access that zone without a Skylander of that element. This is incredibly well designed, as it convinces young children that they need more than the basic Skylanders. In my case, this was incredibly convenient, as I had several BestBuy coupons that were going to expire.

There is no denying that Skylander was designed as way to convince kids that they should spent money buying figurines. But the Skylander game itself is pretty good. The mechanics are solid and Kaos is wildly entertaining. Haven’t played most of the big hits in 2011, Skylander rates as one of my favorites. As for the figurines, you can use them in any sequel game. They are even releasing a BlueTooth portal, for iPhone/iPad Skylander games.

The future of Skylander seems bright and kudos to Toys for Bob and Activision for bringing this game to market, even if the whole premise of having to collect all figures is fundamentally evil.

Corona SDK : the Good, the Bad and the Ugly