Akihabara is often describes as an anime lovers’ and gamers’ paradise. Every year, thousands of foreigners will visit this district, in the hopes of finding that cheap/rare find that they can’t find on the Internet. However, to properly explore Akihabara, you must first understand it.

The first time I visited Akihabara, I was severely disappointed. Too much hype I told myself. After all, there were barely 8-9 shops for anime and 4-5 shops for gaming. Most of the stuff was overpriced, with a 150-200% markup on the prices you would find in super store. Nothing I would call a buyers paradise. But then, I remembered a quote from a previous article I had read: “Akihabara is built upon layers, with the bottom layer being tourist traps. You must rise to the upper layers. The higher you go, the cheaper the price.”. 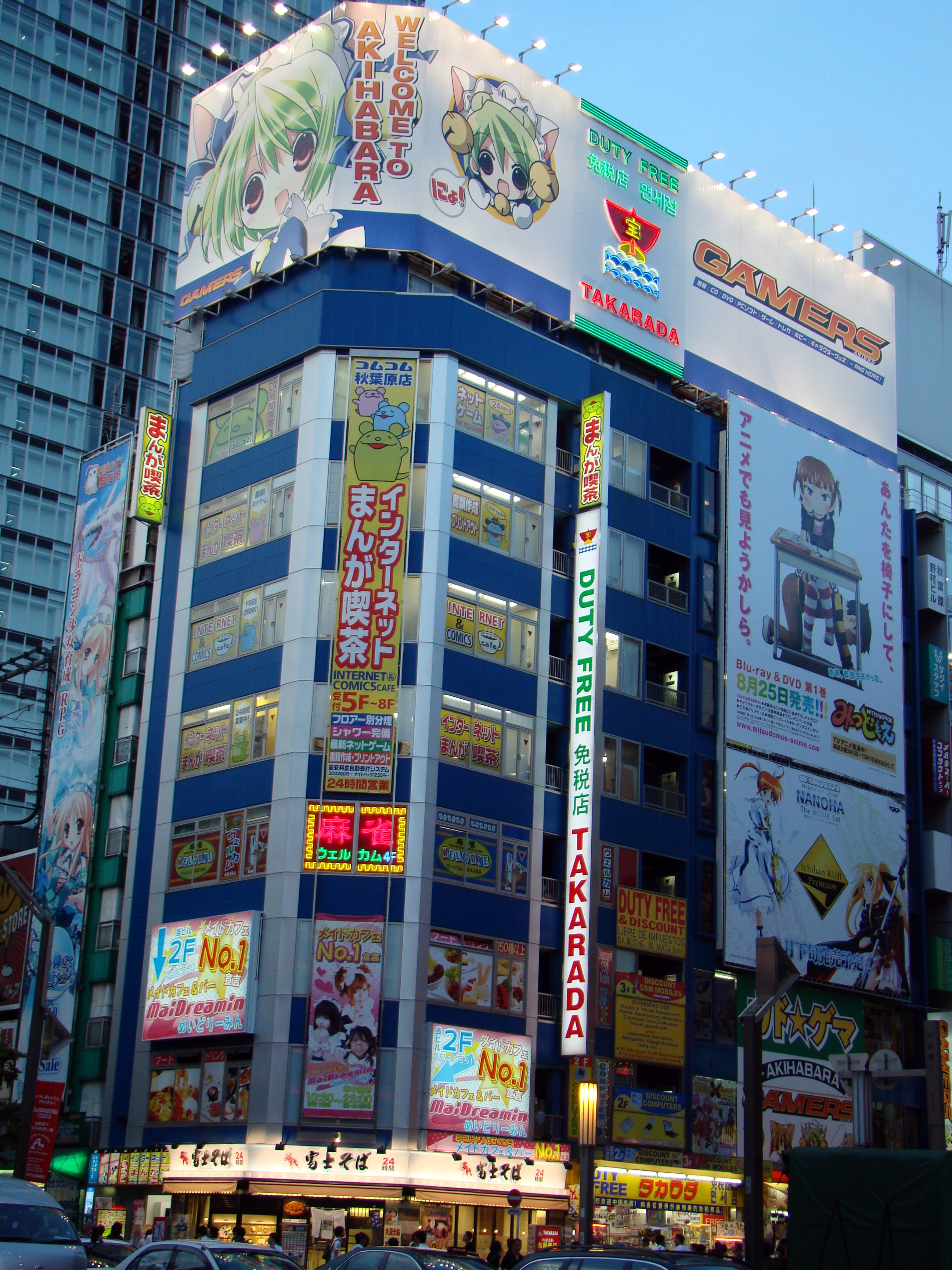 I went back on a Friday afternoon, when the district was bustling with young adults. I took a moment to observe: where were the people going? Then I noticed a couple of staircases I had missed before, sometimes outside and sometimes inside the shopping building. I started exploring these staircases and discovered a whole new world. Shopping buildings with 2-3 stores on the ground floor actually hid 40-50 stores dedicated to figurines, card games and manga. The prices were a lot better too. 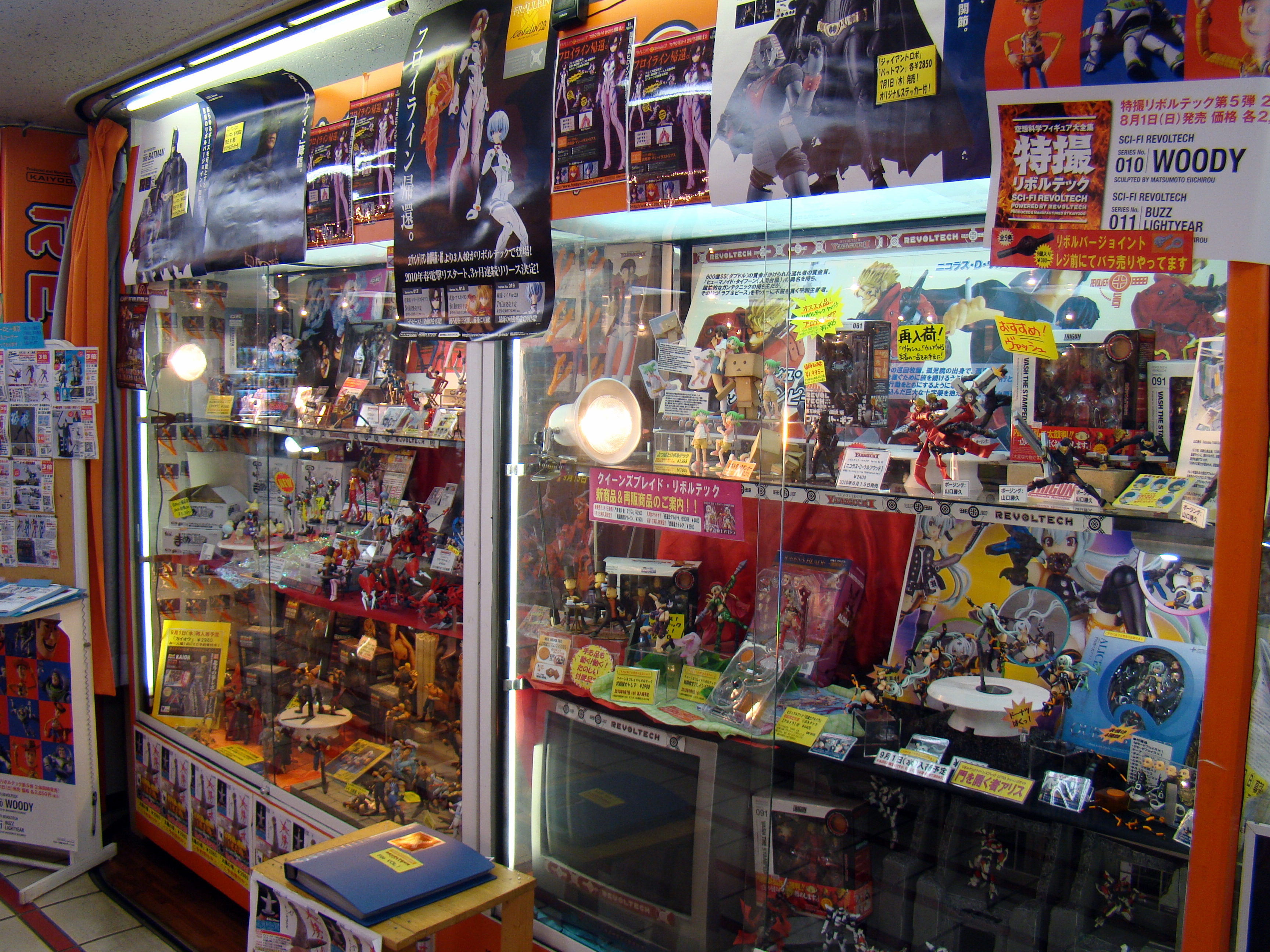 Note : I am not endorsing that you go up random staircases. These staircases are usually well marked (in Japanese) as having stores on the upper floors. Look for indicators such as B1F, 1F, 2F, often up to 9F or 10F. As for the prices, lets take the Transformers Blaster USB hub, normally found for 5’800 yens at a department store. At the street level, this particular item would sell at between 6’400 and 6’700 yens. I found the same item in a shop on the 3rd floor for 5’700 yens. The best deal I found was at a shop on a 5th floor for 5’400 yens. Usually, avoid buying an item the moment you see it. That’s not to say that there aren’t any good deals on the ground floor. I found a SkyLynx figure, in good condition for 3’500 yens, on the ground floor. The trick is too shop around. 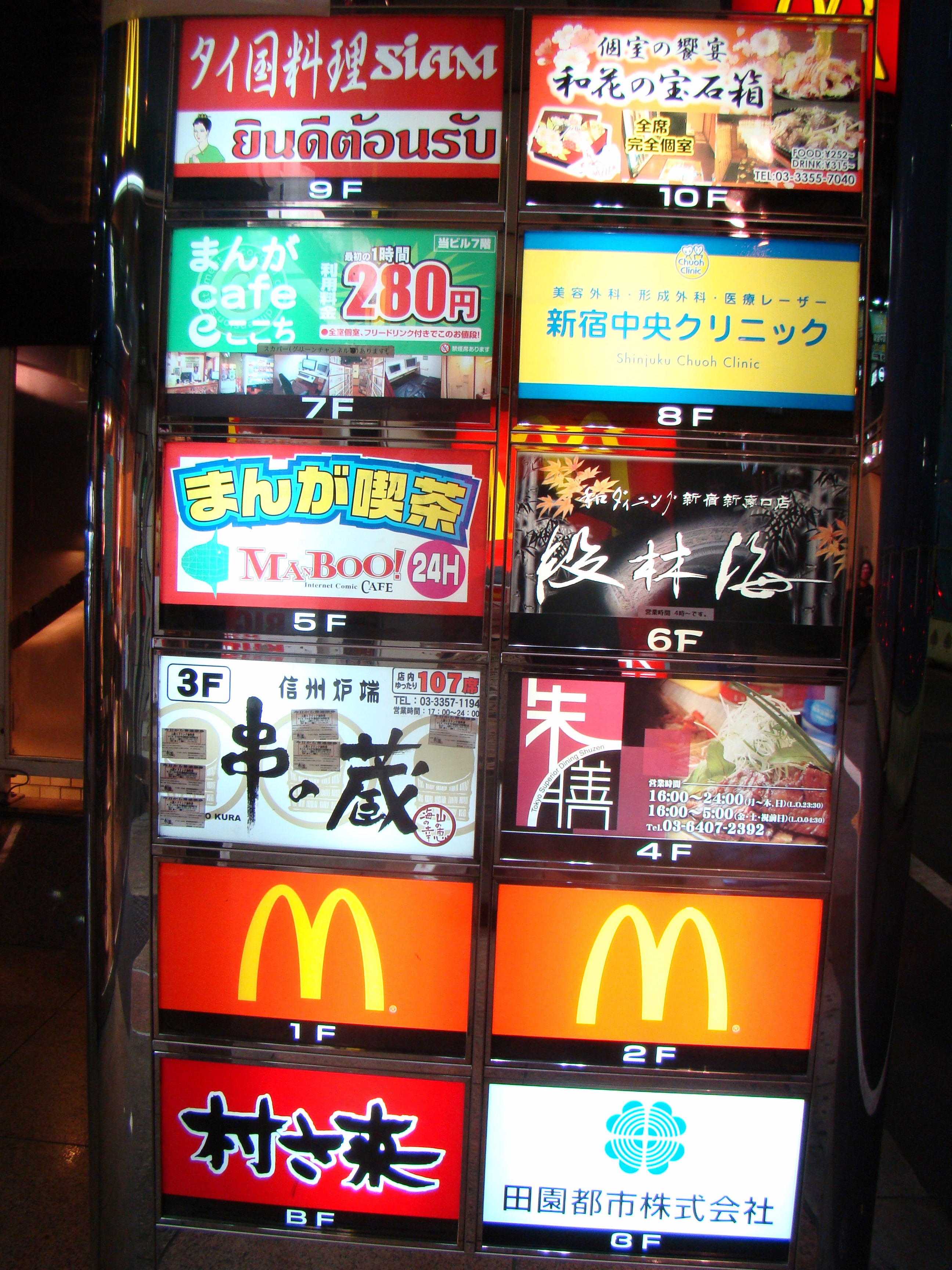 It should be noted that Akihabara caters to all groups of anime lover. As such, it should be noted that a lot of adult related material can be found here, some times even at the street level. A particular manga store had several floors dedicated to adult novels, the place itself being overly decorated with posters of big-breasted naked cartoon teenage girls in explicit positions. It’s an interesting experience to say the least.

Leaving the main street, I mostly found cheap electronic stores similar to what I would find in Taiwan. There were also young Japanese women, dressed in maid uniforms, offering flyers for the commerce they represent. Some of these were restaurants or hair salons where I can get services from young Japanese girls in school or maid uniforms. I skipped that part of the Akihabara experience. 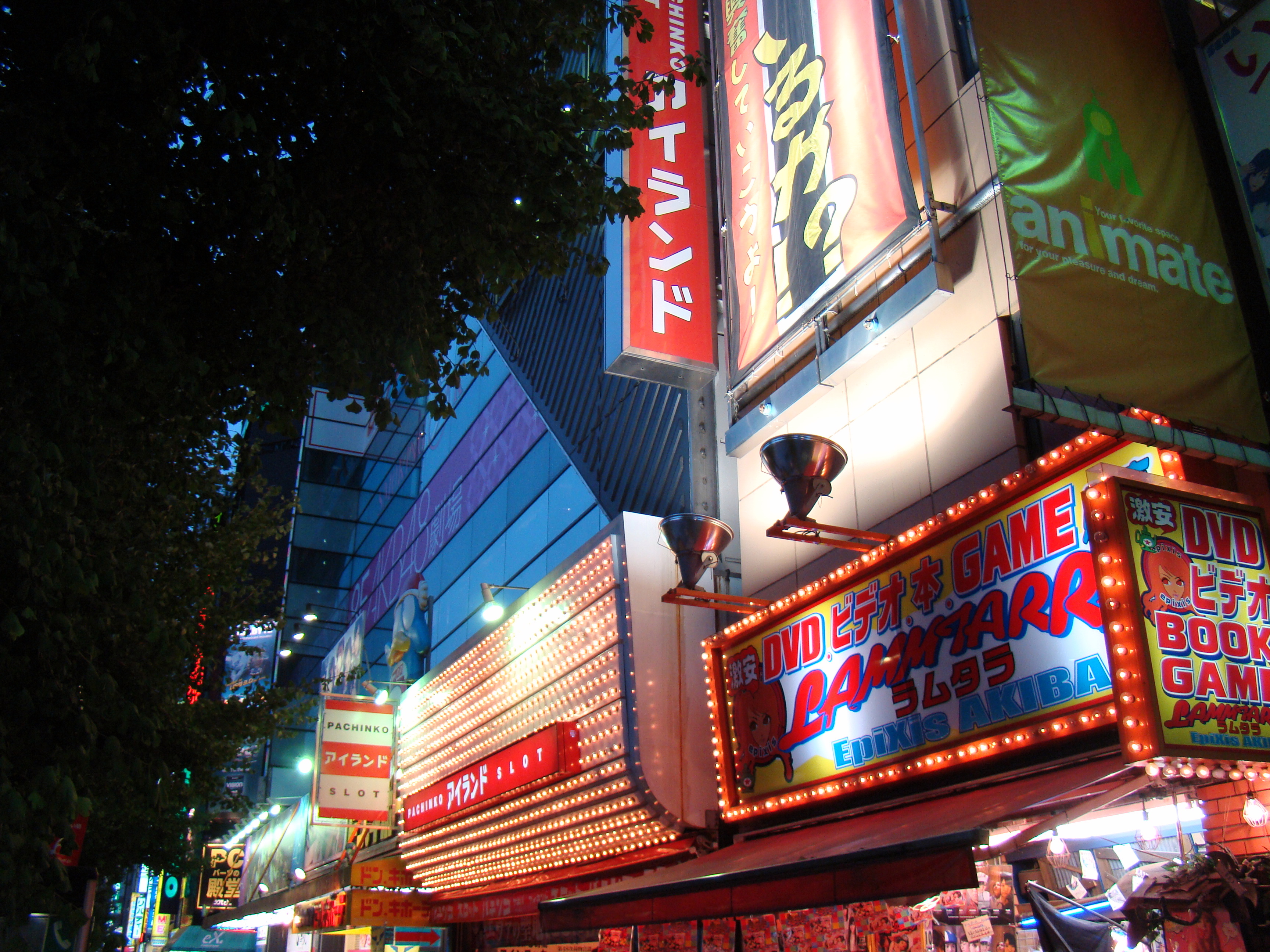 On interesting concept is the rental clubs. These stores have several cube plastic lockers, about a foot in length, that people can rent to sell their used anime goods. Price of these lockers varies, from 2’000 to 4’000 yens per month. The store staff will take care of selling your goods for the marked price, keeping about 15% of the sales for the store. If you are in the market for used or older merchandise, these clubs are a paradise. I saw figures, cards, stuff toys, etc. It’s also a good place to buy pre-assembled GunPla models, which is good if you don’t have the patience to build them yourself. Note that these models aren’t cheap, but they are pretty impressive. 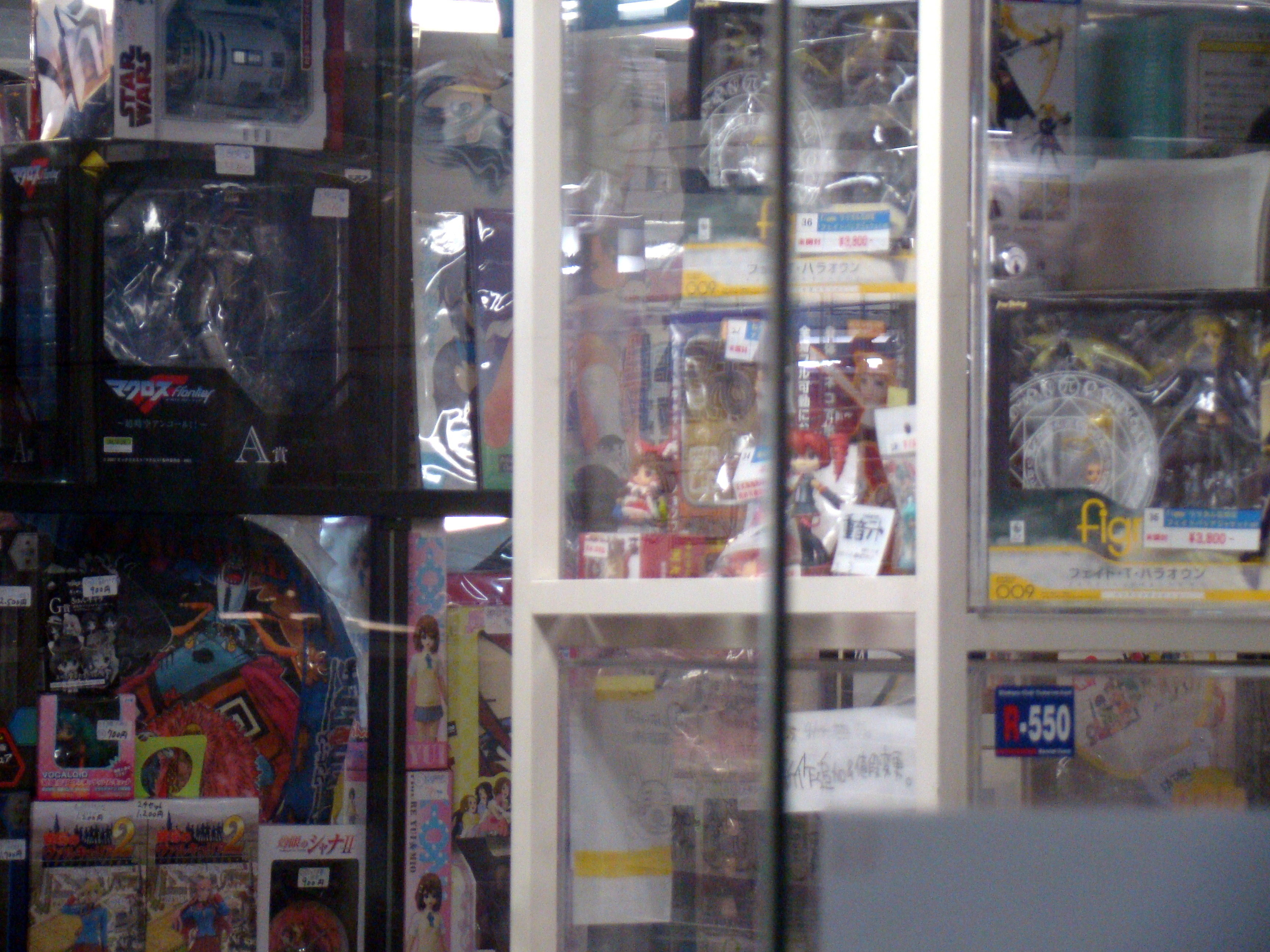 I’m happy with my Akihabara experience. To properly experience the area, you need to give yourself some time to explore, or have a Japanese friend who knows the area. But the experience is quite worth it.