The Ouya is one of the most important Kickstarter success story, gathering $8,596,474 in funding. Ouya's promise: the revolution would be televised. The console would usher a new world of Android games on TV.

The product itself was released about a year ago, giving developers fair opportunities to publish on the platform. My experiences with the console have been ... mixed.

I pre-ordered the console shortly after the KickStarter campain. Pre-ordering turned out to be mistake. Because of shipping problems, the console was available in-store and online before the pre-orders were delivered.

Adding injury to insult, Ouya chose DHL for its shipping, a company with a horrible track record with brokerage fee. In my case, the cost of my console was increase by approximately 50%.

Regardless, I had the console in hand. It was time to try it out.

Hooking up the console was easy: plug in power, hdmi, setup wifi and a mandatory upgrade screen. This is not usual with new consoles, as the firmware is usually updated after the units have been manifactured. I gave up on the update process after an hour of error messages. Extensive Googling allowed me to discover that the Ouya is equipped with a very weak Wifi antenna and that I was constantly loosing connections.

The next day, I repeat the upgrade closer (same room) to my wifi router. Fourthy-five minutes latter, I'm prompted to create an account requiring a credit card number. Given that the console was launch with a free-to-play requirement on all games, this was puzzling. 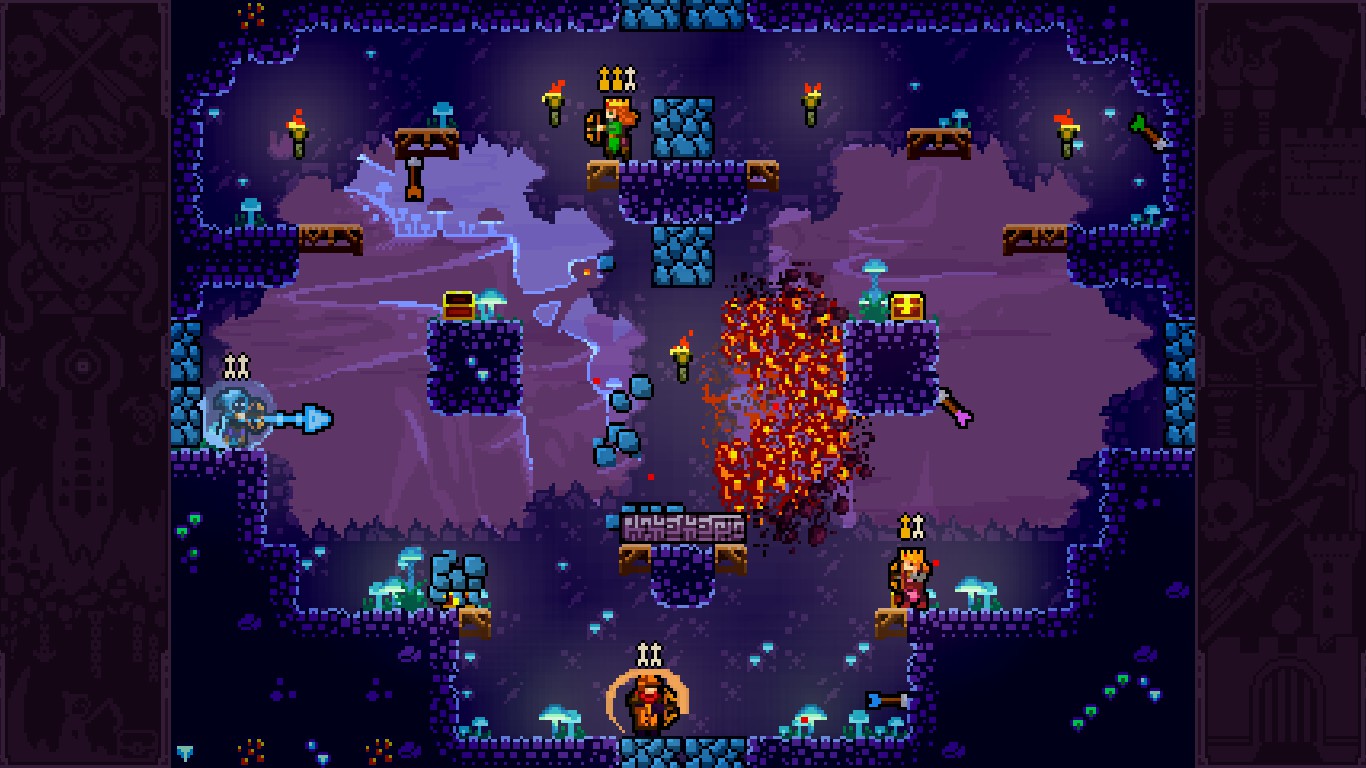 The initial catalog of game was rather small. Other than Towerfall, very few games were worth buying on the store. However, both NES and SNES emulator were excellent, making the Ouya a premium emulation box. Thus, my first few months on the Ouya were spent recapturing the nostagia of my favorite NES games.

I enjoyed my Ouya console for a few days before moving on to other console and PC games. However, every few months or so, I would return to the Ouya console. The main problem would be that everytime I returned to the console, I would be prompted with a mandatory 45 minutes upgrade. The console had no less than 14 firmware upgrades in its six first months. Thus a 60 minute game play session would be :

When I started working on this article, I booted up my Ouya console to see what 2014 had brought to the console. After a mandatory 45 minute upgrade, I was pleasantly surprised by the new dashboard. Unfortunately, the game catalogue had seen very little change, with pretty much the same games dominating the top charts.

The sad fact is that the console is not attractive to big publishers. With Towerfall, the console's top game, selling about 7000 units, it is hard to justify the cost of porting a game. Many new outlets have reported the console as dead.

When it was released, the Ouya suffered from a lack of games. Two years latter, the console still suffers from lack of games, but with aging hardware. The machine remains great for emulating older hardware, but the lack of blockbuster titles hinders the console. At this point, it is safe to say the revolution promised by Ouya did not occur.